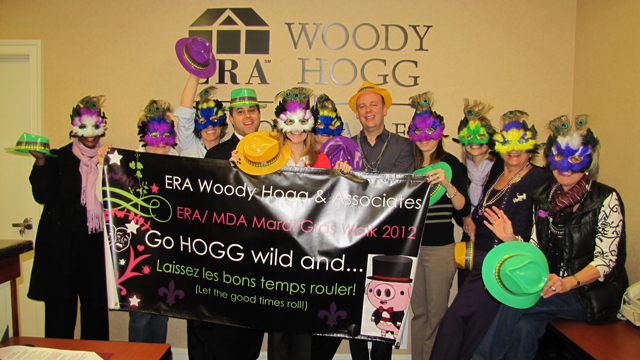 Thirty five years ago, local REALTOR® Woody Hogg joined the franchise ERA Real Estate— drawn to the principals of its founder and the fact that it was the first real estate company to offer a home warranty. “When we joined the franchise, it wasn’t in vogue to do so at the time,” Woody said. “[Its founder] was visionary and I bought into his vision and saw where he wanted to go with the company. It was like love at first sight,” he added.

Today Woody and his wife, Pam Hogg, helm Woody Hogg and Associates ERA in Mechanicsville, and were recently honored by ERA with one of four inaugural Hall of Fame awards.  Honorees presented with this award include companies and individuals who have consistently earned high levels of recognition for more than 10 years, making a clear impact on the history of the brand.

Woody Hogg & Associates ERA has been repeatedly honored as one of the top 50 ERA offices in the country (in terms of sales volume), and has been consistently recognized as a top ERA fundraiser— particularly for the firm’s strong support of the Muscular Dystrophy Association.

The MDA is an organization ERA endorses nationally, and the Hoggs and their agents have enthusiastically risen to the challenge of raising funds to support research, medical clinics, and summer camp experiences for individuals and families affected by neuromuscular diseases.

These efforts have included a gamut of fundraising activities; from the first MDA lock-up in the country, to yard/bake sales, auctions, golf tournaments, and various other creative events.  “If you name it, we’ve tried it,” Woody said.  Woody and Pam’s son, Tripp, is among the agents in the office who have taken to coordinating an annual golf tournament to benefit the MDA.  The tournament is now named in honor of former Woody Hogg & Associates agent Jim Bybee who, before his passing, enjoyed coordinating the tournaments himself.  The tournament has been held almost every year for the last 30 years and will take place this September.

“We’re proud of what we’ve been able to do for the MDA,” Woody said. “We were the first company in the country to receive interest on our escrow account. We then asked permission and donated that interest to the MDA,” he added.

Charlie Young, President and CEO of ERA Real Estate, announced the first four companies to be inducted into the ERA Hall of Fame at the ERA 2013 International Business Conference in Austin, Texas. Young recognized inductees as strong ambassadors for ERA’s core values of collaboration, knowledge sharing, and commitment to community.

“Our office is definitely a family-oriented place, where there is an open-door policy and a warm culture with great diversity,” said Pam Hogg. “We support our agents and always aim to be on the cutting edge to help both agents and their clients achieve whatever they’re setting out to do,” she added.  During the many years Pam and Woody have been with ERA, they have brought several family members into their firm as agents.

“[This year’s Hall of Fame inductees] are not only an integral part of the ERA community; they sustain it and ensure its growth,” said Charlie Young.

This rings particularly true for Pam and Woody, who seem to have made the values of ERA not only a professional code, but also a family tradition.