Jim Napier is certainly no stranger to community involvement. Organizations for which he has volunteered include The Faison School for Autism, the Christmas Mother program, St. 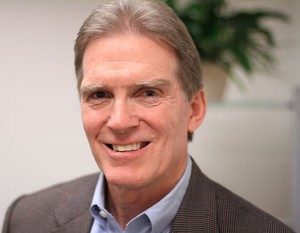 Francis Medical Center, the American Heart Association, the Muscular Dystrophy Association, and the Partnership for Housing Affordability, among others. But an undertaking that has been near and dear to him—a “pet project”—is the annual Music for Massey fundraising concert event.

“There are so many wonderful organizations out there, but sometimes it takes a specific event to send you down a certain path,” Jim says. He explains that for him, this happened when Vern Boschen, a colleague, was diagnosed with pancreatic cancer. “He passed away just a few months later,” Jim notes. “It was quick, it was devastating, and as we all grappled with that, we looked for a way to turn it around into something positive,” he explains. That year, instead of honoring REALTOR® achievements with plaques, Jim’s office presented a check to the Massey Cancer Center in honor of distinguished REALTORS®.

This turned into an ongoing relationship with Massey, which progressed into hosting fundraising events, such as silent auctions and golf tournaments. “I’m not much of a golfer,” Jim says, “but I like live music, so I thought: Why don’t we put together a concert?”  It started out small, with a band called “the Waybacks,” out of California, playing for an audience of about 300 at the Canal Club.  It has been held almost every year since at a few different venues, including the Science Museum, Innsbrook, and Lewis Ginter Botanical Gardens.

This year, it has found its way back to Lewis Ginter, where Music for Massey is tagging onto a concert that was already on the schedule—Bruce Hornsby and the Noisemakers, with Railroad Earth. “This event, I feel, has found a great home at Lewis Ginter—where they can organize the event and we can focus on the fundraising aspect,” Jim says.

While the event itself helps to promote awareness for the Massey Cancer Center, funds for the cancer center and cancer research are raised through a sponsorship program with six levels. They each include admission with at least 2 drink tickets, and some levels include VIP parking and preferred seating. Each sponsorship package is tax deductible, less the value of the goods rendered, and a tax receipt is provided with each package. “Music for Massey isn’t an actual organization, just the name for the event,” Jim explains. “All proceeds from the sponsorship program go directly to the Massey Cancer Center.”

In addition to Music for Massey’s partnership this year with Lewis Ginter and Haymaker Productions, Jim is also excited about the prominent musical act in store.  “Lewis Ginter holds up to 2,000 people and Bruce Hornsby is a very popular act, with great name recognition,” Jim says. “It’s the kind of music I like and a lot of other people like. I’m very passionate about the mission of Massey and I’m very excited about the show—so it’s really a win-win.”

The concert will take place on Tuesday, August 6, 2013. The gate time is 5:30p.m. Music begins at 6:00p.m. For more information on sponsorship opportunities, please visit musicformassey.com. If you are unable to attend the show, please consider visiting the site to make a donation.