This year, the National Association of REALTORS®, in cooperation with the American Public Transportation Association and the Center for Neighborhood Technology (APTA), published a study on how property values located within a half-mile of high frequency transportation (within the “transit shed”) have held their value compared to other properties in a given region during the recession. The report—titled “The New Real Estate Mantra; Location Near Public Transportation”— looked at property values between 2006 and 2011 in five regions with established public transportation systems: Boston, Chicago, Minneapolis-St. Paul, Phoenix, and San Francisco.

The incorporation of these study regions signifies a wide geographic distribution, as well as a sample of heavy, commuter, and light rail systems. Across the study regions, property 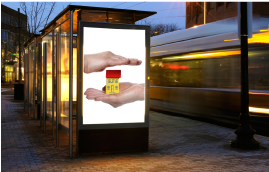 values within the transit areas outperformed the region as a whole by 41.6 percent. “Transportation plays an important role in real estate and housing decisions, and the data suggests that residential real estate near public transit will remain attractive to buyers,” says Lawrence Yun, NAR’s chief economist. “When consumers choose a home, they also choose a lifestyle. Shorter commutes and more walkable neighborhoods matter to a growing number of people, especially those living in congested metro areas.”

Values for properties in proximity to public transportation displayed more resilience during the economic downturn. Homes with higher levels of transit access had the strongest price resilience within and across regions.

According to the report, this study was conducted in an effort to provide consumers and planners with better information, and to encourage greater investment in transit and more sustainable development patterns. The report can be accessed at apta.com.

For more articles like this one, check out The Housing Interpreter, a free online publication on trends in real estate in the Richmond region>>