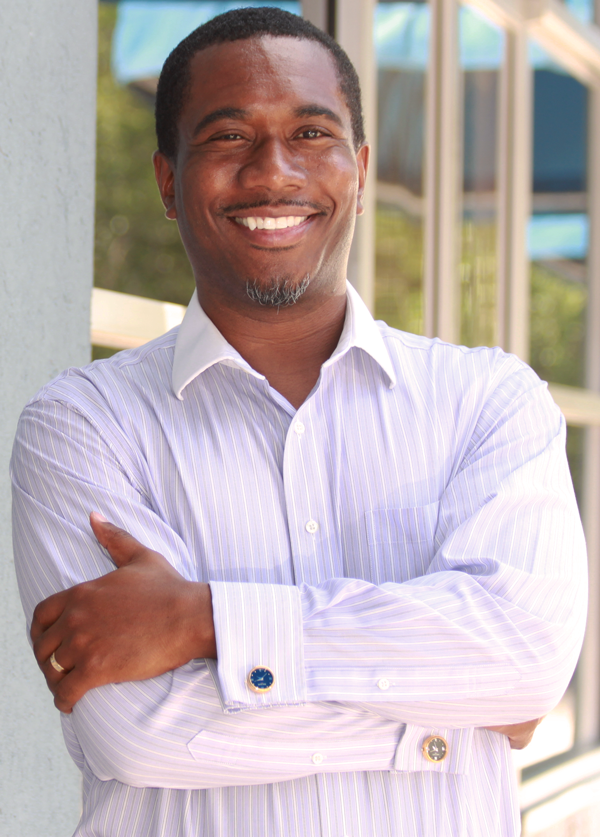 For most of us, home ownership is something we appreciate more in our adult lives, when we have the maturity and life experience necessary to fully grasp the concept.  For Scott McClaine, Owner and Managing Broker at Ricks Lifelong Realty, Inc. in Richmond, the appreciation began at an exceptionally early age, and sparked an interest in what would ultimately become his passion and career.

When Scott was a child, his mother started out raising him and his 3 siblings in a 500-square-foot apartment in Jackson Ward, with cinder block walls. The children all shared one small bedroom.  Then, when he was 8 years old, Scott’s mother purchased the family’s first home.

He recalls moving his possessions, including his mattress, with his family on a city bus. “It probably looked strange to people, but I wasn’t embarrassed at all,” he recalled. “I wanted people to ask me what I was doing, so I could tell them we were moving to our new house.”

Scott describes the event as a pivotal, as well as joyful point in his family’s lives. “Something happened for us when we moved to our house,” he said. “There was a feeling of pride that we carried with us. There was a feeling of hope. There was a knowing that there are no limits. I think it was actually a strong feeling of accomplishment—even though our mother did it, we still felt it. We started walking taller and speaking more clearly. All four of us excelled academically.”  Intuitively, he felt that everyone should have that experience.

“At that point, I didn’t really know what a Realtor was yet, but I knew I wanted to help change people’s lives and find self-empowerment,” he said. Once he realized that by becoming a Realtor he would have the opportunity to achieve this, at age sixteen Scott began taking courses in real estate at J. Sargeant Reynolds Community College. But in accordance with state law, he had to wait after taking these courses until he was eighteen to sit for his licensing exam.

Now, after twenty-two years in real estate, Scott says his favorite thing about being a Realtor is helping people achieve goals they may not have thought they could achieve. “Even though I enjoy working with move-up buyers and sellers as well, working with first-time home buyers is really the most rewarding to me,” he said. He enjoys acting as a catalyst of change. “A lot of times when people are ready for change in their lives, they’re scared to take that next step—whether it’s the first, second, or fifth house,” he said. “They’re not always sure what to expect in the process and sometimes they aren’t event sure what it is they want. They just know they want something different. So it’s really nice being able to see transition in a person just by asking thought-provoking questions and helping them find clarity. Once they get that clarity, the decisions become much easier.”

Scott also finds it interesting to see different motives behind people’s goals. “Some parents want to buy a home in part to send the message to their children that owning their own home is an achievable goal,” he said.

Some seek the sheer satisfaction of buying a home to call their own. For instance, a few years ago, Scott assisted a 96-year-old woman in buying her first home. “She said that if she could do a cartwheel right then she would have,” he said.

About eighteen years ago, Scott’s wife Angela also became a Realtor and the two now work together as Co-Owners of Ricks Lifelong Realty, Inc.  They purchased the company eight years ago—then called Ricks & Associates, Inc. “We chose the name Lifelong Realty because we’re not just helping people buy homes, we’re affecting people’s entire lives,” Scott explained. “A home is like the centerpiece of your life.”

Scott’s advice to others aspiring to a career as a Realtor—“Find out what’s driving you to do it. If you have a strong enough ‘why,’ anything is possible. You need to look at what it is about the profession that’s important to you and if you can get clarity around that, then all the roadblocks and challenges that might come up become irrelevant and you’ll continue moving forward. You get a lot of no’s as a new agent, but if you know what’s important about being a Realtor you can take the no’s and keep going.”

His approach is reminiscent of a famous quote which is popularly (but disputably) attributed to Winston Churchill: “You make a living by what you get; you make a life by what you give.” It seems that Scott is making both a living and a life as a Realtor.