Richmond, Va. – According to a third quarter 2014 housing market report just released by the Central Virginia Regional MLS, sales growth has resumed in the region after a flat second quarter this year. The region as a whole had a four percent gain in sales from the same period last year.

Home prices remain on a steady upward trajectory for most of the region, reflecting increased buyer demand and continued low active inventory. The average sales price in the region rose two percent from a year ago, a gain of approximately $4,000. The region’s median sales price increased three percent from last year, to $214,869. The slowed pace of the sales price growth could be an indication of a stabilizing inventory of active listings. 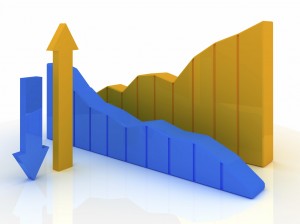 “The continuation of sale price increases is a good indication of rising demand among home buyers in the region,” he added. “As we approach the holiday season, some sellers may postpone plans to place their home on the market. But with demand going strong and typically fewer properties competing in the next few months, those who list now could very well come out on top.”