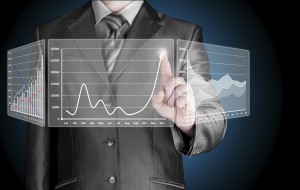 According to a 2014 annual and fourth quarter housing market report released today by the Central Virginia Regional MLS, regional home sales activity for the year grew 2.6 percent from 2013, fueled largely by job growth twice the long-term annual average and economic recovery to levels higher than before the recession.

Home prices in the region climbed for the third year in a row, reflecting strong buyer demand and continued low active inventory. The 2014 annual median sales price in the Central Virginia market was $208,825, up 5.5 percent from 2013, with a gain of over $10,000. Home sales prices increased steadily throughout the year, rising all four quarters over 2013.

Price points within the region’s housing market continue to shift higher. Two percent more homes sold for $300,000 or more in the region over the previous year and 4 percent fewer homes sold for under $200,000. The Richmond Metro area market had its sharpest price gain of the year in the fourth quarter, with the average sales price climbing to $253,346, a 9 percent jump from last year. The average sales price in the City of Richmond increased 25 percent from the same quarter last year, with a notable gain of nearly $50,000.

Pending sales in the fourth quarter of 2013 were up 3 percent from the same quarter in 2013.

The number of active listings continued to stabilize in 2014. There was minimal growth in the number of listings; but the sharp declines experienced over the past few years have not been reoccurring, indicating that sellers are becoming increasingly confident in the market. The Richmond Metro Area market has seen the most consistent active listing gains in the region, increasing 3 out of 4 quarters in 2014 relative to 2013. Chesterfield County had an increase in active listings throughout 2014.

“Buyer demand should remain strong this year, and it is predicted that interest rates will remain low into 2015 before gradually rising, providing a strong incentive for homebuyers on the fence to move forward now,” he added. “The stabilization of inventory indicates that sellers have gained confidence, seeing home prices in the region increase for three years in a row. There are strong incentives for both buying and selling in the current climate, and we anticipate a productive year.”